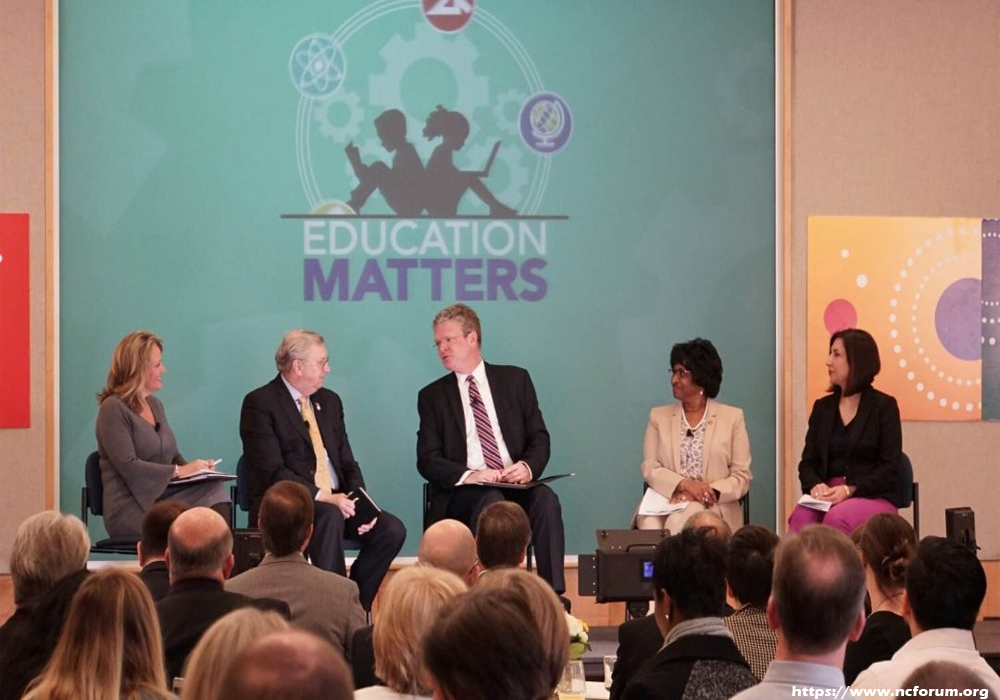 Below are just a few of the leading American education issues that are constantly being debated nowadays.

First, this question: should there be a national standard for graduating high school students? Should students have to pass a rigorous test in order to graduate? Some people say that a test is an objective measurement of how well a student knows certain material; others argue that some students don’t “test well,” and that grades, schoolwork and teachers should determine whether or not a particular student graduates, and not a standardized test. Others say that many standardized tests are inherently biased.

Another educational debate rages over vouchers. A school voucher is when the government pays part or all of a student’s private school tuition. Let’s say it costs a city $10,000 to educate a child per year. With a school voucher, the government would pay ten-thousand dollars of tax money for a child to go to a certain private school instead of giving that money to the public school the child would otherwise attend. Some people insist that this is only fair; if parents work hard to pay taxes, why shouldn’t their tax dollars go to the school of their choice? Other people say that vouchers take away desperately-needed public school funds, and that it’s the duty of all citizens to pay for public schools through tax dollars whether or not they have children attending one. Public schools, this latter group would argue, are as crucial to a functioning democracy as anything else that tax money could pay for.

Other education issues: should uniforms be required at all public schools? Should teacher tenure be done away with? If so, teachers would have to be reevaluated throughout their careers and schools could fire any teacher deemed inefficient no matter how long he or she …